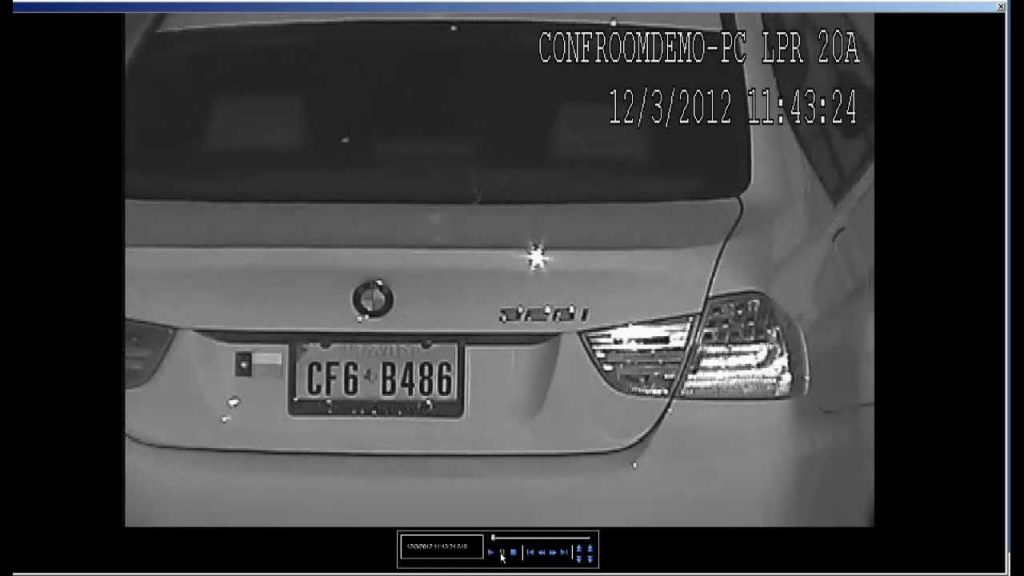 Frames per second is the speed at which a camera takes pictures (fps). When the frame rate is higher this gives a higher chance to capture a licence plate of a moving car. However, if the frame rate increases, this reduces the image resolution. The most suitable and beneficial frame rates which are used for capturing licence plates are between 30 and 60 fps.

If there is poor lighting, cameras would require a longer exposure time which would result in a reduction in frame rate. Lighting for licence plates increases the challenge of capturing licence plates at night time. Cameras should be positioned in a way not to face directly into sunlight or any other light source, and should be between 10 and 15 feet above the ground.

This is a term used for techniques which reduce the blur which is caused by a camera which takes a picture which moving. Some cameras can tilt to the sides although certain cameras can rotate. Image stabilisation is important at long exposure times and uses lens with a long focal length for example telephoto and zoom lenses.

Longer exposure times increase motion blur and reduce the cameras light requirements. Cameras at a high speed location for example on a street would require a shutter speed no higher than 2 milliseconds (ms). However cameras which cover a location with slow moving vehicles such as a gate or a car park entrance may have a shutter speed as high as 4 ms.

Licence Plate Recognition, also known as automatic licence-plate recognition (ALPR), includes the processing required to extract the licence plates alphanumeric value which requires many different algorithms. The ALPR software would comare this value to the values which are stores in the database. ALPR systems which are driven by database could be classified into stand alone systems and systems which are integrated with third party video management softwares.

ALPR systems use these algorithms in order to identify a licence plate number:

Plate localisation algorithms identify the licence plate in an image and focus mainly on the plate, isolating it from the rest of the image. Plate orientation and sizing would adjust its size. Normalisation is the process of adjusting the images brightness and contrast. Optical character recognition OCR is the conversion of printed text to encoded text and it is specifically designed for licence plate recognition.

These systems perform the entire recognition process, typically within 250 ms, and this includes the capture of licence plate image and recording of information such as lane identification, date and time. This system stores data on site or transfers it to a computer in another location in order to be processes further.

ALPR systems can be integrated with a third party software and transmits images to a remote location as they are recorded, which allows the software to process images further. An ALPR software runs on a standard personal computer and can be then linked to databases and other applications. This would use a server farm which contains many PCs, which allows the ALPR system to handle a lot of work.

At Advanced Overwatch, we select cameras for specific applications and environments due to challenges that may need to be faced such as capturing licence plates from a moving vehicle. We set the shutter speed which is appropriate as there may be a narrow range between a shutter speed which would make the image too dark or blurry.

Call Me Back
Complete the form to receive a call back from a member of staff.

Call Me Back
Complete the form to receive a call back from a member of staff.